YES! an iOS 13 jailbreak for the iPhone X (A11 CPU) and lower has now released! Checkra1n is now available to jailbreak iOS 13 – iOS 13.3! Unfortunately though, this does not support for A12 or A13. A13 devices include the iPhone 11, 11 Pro, and 11 Pro Max. Devices powered by A12 are as follows: iPhone XS Max, XS, XR and 2018 iPad Pro models. There are also a lot of caveats with the first checkra1n iOS 13 jailbreak utility. Think of checkra1n’s first release as a developer preview jailbreak that you can test right now (provided you can live with the limitations). 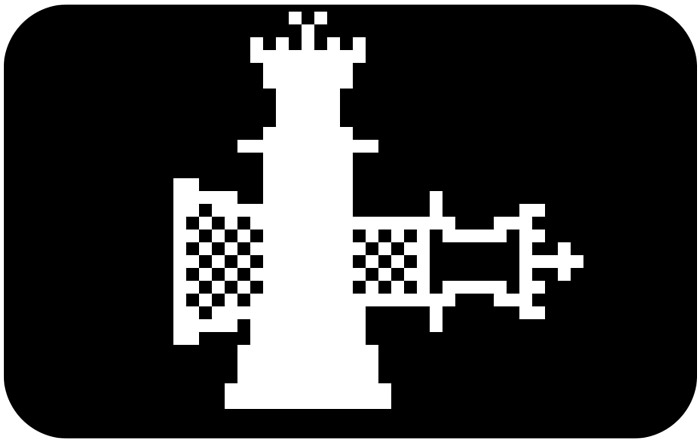 For a TL;DR, here are the (current) restrictions. Expect all but device support and the tethered nature of checkra1n to disappear eventually.

Checkra1n is powered by the checkm8 exploit. An all-powerful bootrom exploit for A11 devices and older. For iOS 13, this includes the iPhone 6S to the iPhone X. Released by security researcher axi0mX, Checkm8 is a low-level bootrom exploit that empowers it to be permanent jailbreak on the iPhone X (A11) and lower. You might be saying “great, that doesn’t sound like a limitation, what’s the catch?”. Because of its low-level nature, checkm8 exploits a vulnerability in the chips that power iPhones. Apple already knew about this vulnerability before checkm8 was released and basically patched it in A12, so the iPhone XS/XR and newer. This means limited (older) device support.

However, because this is a hardware exploit that cannot be patched by Apple with software. In other words, every single future firmware will be jailbroken. As long as Apple supports the devices, they’ll be jailbroken. So it’s more of a trade-off than a limitation really. This is literally the biggest thing to happen to jailbreaking in the last decade! 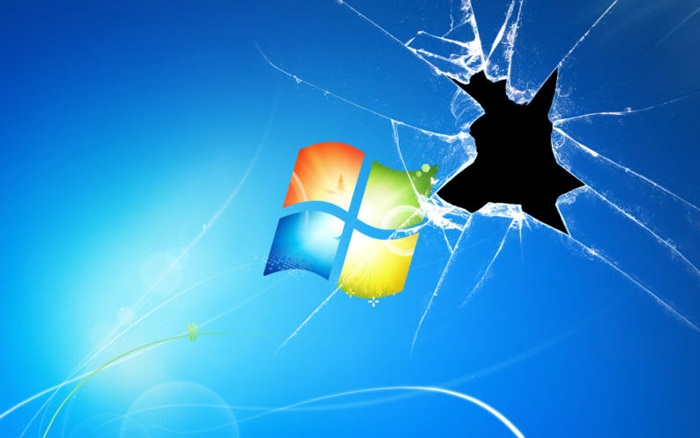 Not yet, anyway! For now, checkra1n can only jailbreak iOS 13 – iOS 13.3 on macOS. As confirmed by Jamie Bishop, member of the checkra1n jailbreak group, development for Windows is just too complex for the initial release. Support for windows is coming though, so subscribe to ensure you don’t miss out! 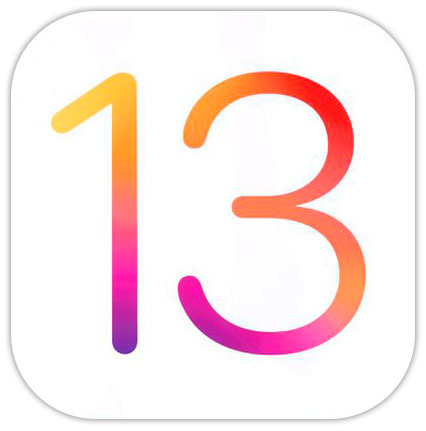 Step 1: Download checkra1n from the download section listed below. Once downloaded, double click to mount the checkra1n.dmg. Drag the checkra1n app to your Applications folder. Open the Applications folder and launch checkra1n. You’ll receive a warning about obtaining programs from the internet; this is just a security precaution put in place by Apple. Launch System Preferences > Security & Privacy and click open anyway.

Step 3: Next, launch Finder and click “Back Up Now”. While your device will (probably) be ok, it’s better to be safe than sorry. Backing up will ensure you have your data in case you need to restore at any point during the jailbreak process.

Step 4: Click on Start inside checkra1n, followed by Next. Your device will enter Recovery Mode. Then enter DFU mode. The steps for this process will vary based on which device you have.

note: the current timers inside checkra1n for how to enter DFU mode are a little off. That’s okay, just follow these steps:

1. Press and hold the Home and Side buttons together for 10 seconds.
2. After ten seconds, release the Side button and continue holding the Home button for 5-10 seconds.

If your device reboots during this process, start over. It may take a few tries, but keep doing it. Your device will enter DFU mode eventually. Get used to this process, as you’ll need to use it any time you wish to boot tethered.

Step 5: Once in DFU, the iOS 13 jailbreak process will begin automatically. This could take some time, depending on your device, but it’s usually fairly quick, just remain patient and do not unplug it. That’s it! The jailbreak is done! Open the Checkra1n jailbreak app on your device and install Cydia. Launch Cydia and enjoy your jailbroken device on iOS 13 – iOS 13.3.

Step 6 – Booting Tethered: As mentioned above, this portion of the jailbreak will also need to be done any time you restart your device to use your “jailbreak stuff”. To boot tethered, enter DFU mode again (refer to the fourth step). 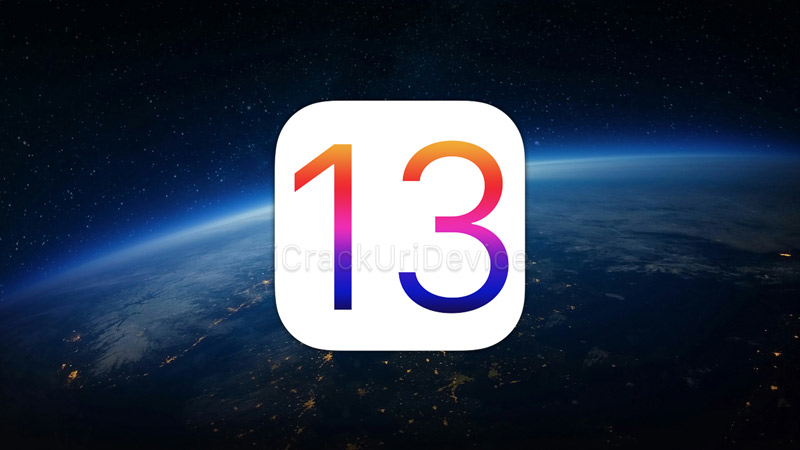 Do please be careful about what you install though, as a number of Cydia tweaks do not work yet on iOS 13. With that said, I actually recommend creating a backup of your data on your computer in case you need to restore. Just launch Finder and click “Back Up Now”. This backup should be performed regularly, just in case.

Subscribe after downloading the checkra1n jailbreak. We’ll keep you in jailbreak loop and notify you any time there are new updates to the utility. You’ll be the first to know when the GUI and Windows versions are released.

iOS 13.3 introduces 2 primary kernel vulnerability patches. This means that if you want a semi untethered jailbreak, you’ll only be able to do so for iOS 13.2.3 or lower. It’s confirmed that a new jailbreak will come and you’ll be able to switch to it from checkra1n. This would allow you to reboot without the need of a computer. You’d simply have to re-jailbreak through an on-device app.

For newer devices, you must be on iOS 13.2.3 if you want to jailbreak iOS 13 soon, as (again) A12 and A13 are not supported by checkra1n. Since Apple has blocked downgrades to iOS 13.2.3, if you’re already on iOS 13.3, it’s too late. Simply subscribe to our channel to ensure you don’t miss out on similar future opportunities. Pwn20wnd has already confirmed interest in updating unc0ver to jailbreak iOS 13 semi untethered. 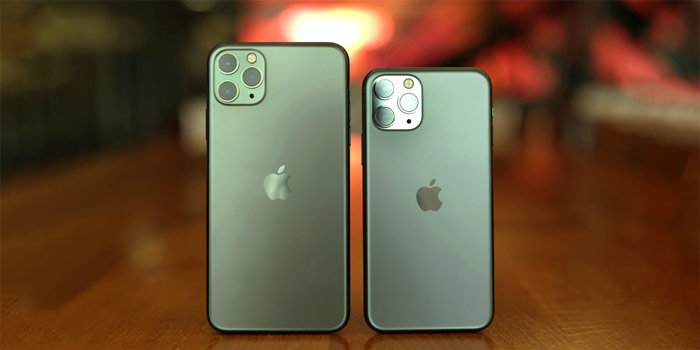 Unfortunately, neither A12 nor A13-powered devices are supported by checkra1n. This means the new iPhone 11 series and last year’s iPhone XS / XR lineup will be left out. However not all is lost, developers still intend to jailbreak Apple’s lates devices. In fact, as mentioned above, it looks like iOS 13.1.3 and lower may in fact get a jailbreak for A12 and A13!

Furthermore although neither A12 nor A13 are supported by checkm8, the exploit and any jailbreak tool(s) based on it will directly benefit the devices. Think about it, all recent jailbreaks have taken advantage of kernel exploits. If researchers now have a permanent jailbreak that functions on the latest firmwares, which cannot be patched by Apple, they have permanent research environment! This makes fuzzing, a process used by security researchers to discover vulnerabilities, that much “easier”.

New kernel vulnerabilities that are a direct result of this permanent jailbreak will apply to all devices. This includes those powered by A12 and A13 CPUs. Of course there are still extra security mechanisms to deal with on the latest devices, but a kernel exploit should nevertheless yield an iOS 13 jailbreak for them. 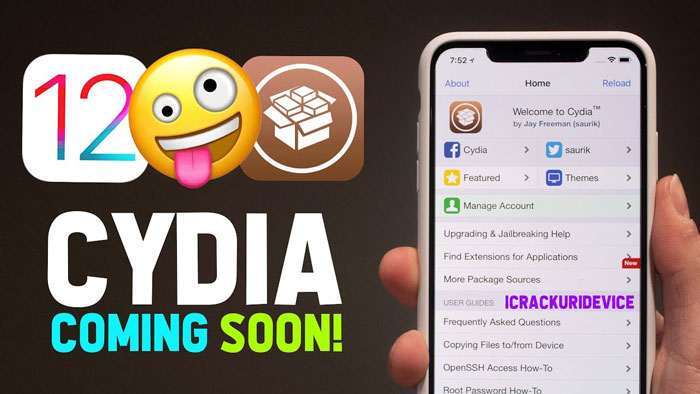 To provide one final summary, expect a jailbreak soon. The first tool (checkrain) will only support the iPhone X and earlier due to the nature of the aforementioned checkm8 exploit. Subsequent discoveries, such as new kernel vulnerabilities, will lead to more iOS 13 jailbreaks for all devices.

We’re about to enter a golden age of jailbreaking. The iPhone X and earlier will be able to jailbreak every single firmware. We’ll even receive more new kernel exploit-based jailbreaks than ever before. Think of it, more than 1 or 2 jailbreaks a year. We can’t wait!

When an iOS 13 jailbreak is released, download links will be listed here. This page is auto-updating, meaning the second a utility is released, we’ll have you covered. Subscribe to iCrackUriDevice to be notified once the jailbreak for iOS 13 is released. 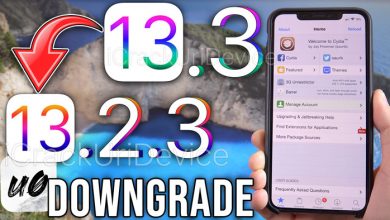 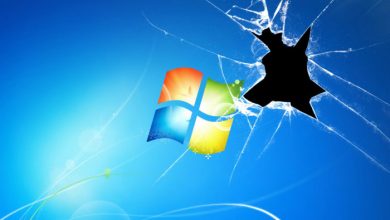 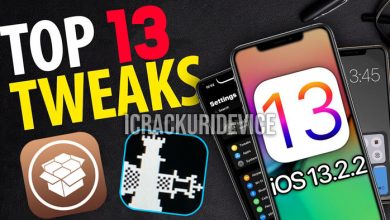 Thank you for your constant updates and research. Keep up the awesome work!

Of course! Thank you for watching/reading, and for your support.

It’s so great what all the devs are doing.

Soo when will it be Released for A9 (ipad 5th gen)

When is it out for iphone11

it will never. This is a hardware exploit which apple fixed in A12 and A13(iphone 11) devices

Can’t wait for phone 11’s to be jailbreakable

gonna be a good while bro😢

wont happen unless something big (rare) is discovered.

So iPhone XR isn’t a part of this jailbreak correct?

I keep checking this page for updates on the release. I really can’t wait to hear that the jailbreak is out. I’m so excited

your the only tech site i trust….solid.

this is the only LEGIT site i trust on

I check this page multiple times a day. Can’t wait to jailbreak my iPhone 11. Hopefully word comes out on an eta for that

Thank you for your updates and research … i hope i can jailbreak my iphone pro without any offer survey …. you know what i mean ! lol

Hi,
For those of us with A12 devices and still jailbroken on ios 12.1.1. Are you able to make a video or explain how to restore to ios 12.4 from 12.1.1.
I do believe I have my A12 SHSH Blobs saved correctly.
I would really appreciate it as I cant use my apple watch without at least being on ios 12.4, but don’t want to lose my jailbreak. I have tried several times with future restore, but I must be missing something.
Love your videos, thanks heaps
John

You know there is a jailbreak for A12 on 12.4 right? Just update and rejailbreak with unc0ver.

iOS 12.4 is not signed anymore so u will have to go thru the process with future restore

Will it be possible without a computer?

If you are new to jailbreaking, I would suggest going with the chimera jailbreak but if u are a jb veteran, go for the unc0ver jailbreak for some nostalgia, but these both only work on iOS 12.2-12.4 and older but not the iOS 12.3-12.3.1. Both jailbreaks are fast and either are great.

Is there no Jailbreak for IOS13 yet?

Ummm well ur new vid where is the download link

What are the commands that I need to enter to Terminal? They are on listed on the instructions.

*They are not listed…

I check this every couple days and this morning I was super excited to see a big green YES! under the title “iOS 13 Jailbreak for 13.2.2 on A13 Released Yet? Status Checker” I was then let down shortly after lol Latest jailbreak seams to only support the A11 CPU and below -___-

2 hours late but YAY! now i need a hackintosh…

when its comming for wimdows?

an error keeps coming up when one it tries to bootstrap. please help

Can i enter DFU mode with my iPhone 7 when the side button dont work?

Thank you you for keeping us updated.
If I am on iOS 13.1.3, on iPhone XR, can I downgrade back to iOS 12.4 if I have saved my SHSH blobs?
If I can where would I get the instructions?

Does 3utools work on newer iphones, cause my old a5 4s seems to be able to downgrade no problem with this.

How can I reverse this process just in case?

Hi, can I use ubuntu to install the jailbreak ??

Love ur videos…I watch almost every single one of them.

My question: In your videos, I see you have Unc0ver installed on 13.2.3 that is already JB’d with Checkra1n? Is there a benefit to having the unc0ver app on a Checkra1n JB’d device?

Amazing! Thank you first of all. I was waiting for this for a long time and your article made me happy. I have iPhone X and I wanted to take full control over my phone hence now I will perform the steps listed here. Hope it works. Thank you very much.

will there ever be a jailbreak for A12 ?

When will come chackra1n for windows?

I was just upgraded to the iOS 13 and from your article, I got the jailbreak information that is very informative to the people. People can easily know about the jailbreak.

Zip Full Games 2020 only on bigcheatsworld.com

Zip Full Games 2020 only on bigcheatsworld.com